A place for me to spew out my opinion on music mostly of the heavy kind.

Weapon - From the Devil's Tomb 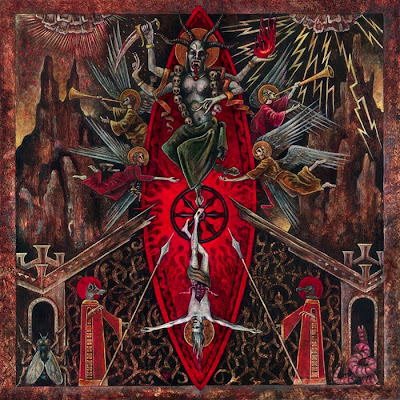 Canada's Weapon was my discovery of last year and a band that I've become a little obsessed with. After a long time, a relatively young band with just their second album made me want to dig into their back catalogue and own everything they've released so far.

From the Devil's Tomb is a stunning work of extreme metal. The band mix and match black, death, thrash and classic heavy metal influences with Eastern melodies and some superbly thought out solos. Right from the opening few notes of the title song I knew I was in for something a bit special. Starting with a vaguely Eastern sounding melody, the band excels at slowly building momentum as the opening melody gives way to a mid paced black metal sound before the band comes at you all guns blazing with hyper blasting black metal while always keeping the emphasis on melody and clarity before going into a mid paced The Chasm like section and then effortlessly shifting between tempos and styles. The dynamics of the bands songwriting is what makes this album special. Take something like Bested in Surplice and Violet Stole with its opening death metal riffing giving way to a quieter section before the song comes together to rip your head off. It's a bit pointless to talk about every song here because the quality of music on offer is consistently high. Still, Lefthandpathyoga is a superb and mellow instrumental placed bang in the middle of the album that gives the listener some sense of relief from the blasting. Furor Divinus has an opening riff that most thrash bands would kill for and a supremely rabid vocal performance from Vetis Monarch. Vorter -11724 is a grinding mid tempo beast. The Inner Wolf has a slow build up before mutating into probably the most aggressive song on this album and Trishul is just a fantastic song that mixes death, black, thrash and a superb classic heavy metal solo to jaw dropping effect.

It's quite apparent after having listened to this album for the better part of last year that Weapon are above everything else, fantastic song writers. Every single riff on this album is there for a reason. The songwriting is incredibly well thought out whether in building grooves, melodies or simply blasting through for maximum effect. Weapon understand the need for changing things up. Monarch and Apostle VIII's guitar playing is of a very high standard but they're also backed up by a rhythm section that is very inventive. You won't find the usual black-death song writing cliches here or a drummer and bass player who are content to follow the guitars and stay in the background. The one band that constantly comes to mind when listening to Weapon is The Chasm, particularly around the time of Deathcult for Eternity. There really isn't a lot that's musically similar between the two bands but Weapon are on the same path of completely original extreme metal that The Chasm were on in the late 90s. Music that gets your chest pounding, fists flailing and head bobbing up and down like you've lost all motor control of your neck. Also, at the risk of sounding like a stuck record, Weapon and The Chasm are both masters of the riff.

From the Devil's Tomb is essential listening for anyone even remotely interested in the extreme metal side of things and the band deserves all the support it can get.


Posted by reeferjournal at 10:04 AM No comments:

Scythe - Season of the Tall Pines 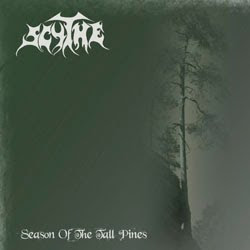 Season of the Tall Pines is this German band's fourth album and it sees the band continue to progress along the path set by their debut, On My Way Home a decade ago. The band still ply their quite unique brand of doom metal and continue to evolve with every new album.

Season of the Tall Pines is at its most basic level, doom metal but its also a lot more. The band has done a terrific job evolving but one listen to album opener Vast Lands of Mist and you know this is the same band that released On My Way Home. The riffs are still huge, the melodic guitar parts still beautiful, Norman's voice is as distinctive as ever and the songs are wrapped in melancholy. It's as the album moves forward with the title song, Reconsidering and Distress that Scythe really turn it up a notch. The songs have these great heavy riffs and a mid paced tempo but the band write catchy off kilter songs that stick in your head with some complex musicianship and at times remind me of what Norway's Atrox might sound like if they decided to go all doom particularly on Distress with its keyboard touches and chuggy riffing. Abandoned Places closes out the album in style with a super opening riff, a long spaced out quiet section in the middle and some excellent growling from Sven as the song goes from soft to heavy and back and forth superbly.

Scythe isn't for everybody. They've been a bit of an acquired taste since Poetry of Illusions and this album is no different. The band pushes the boundaries of doom metal with their often complex but also melodic extreme metal and at various times on this album they reminded me of atrox, tangerine dream, killing joke and paradise lost but while always sounding like Scythe. If you're up for some inventive doom metal and are not looking for instant gratification then Scythe must be on your radar. Season of the Tall Pines might just be the band's best album yet.

Posted by reeferjournal at 7:10 AM No comments: 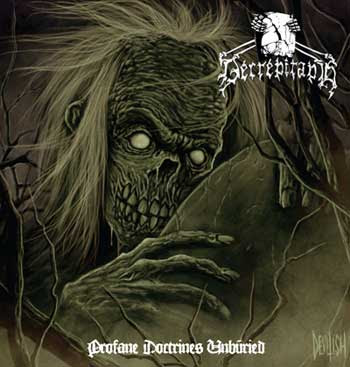 Decrepitaph has been around for a while now. Formed in 2005, this is the band's third full length not to mention a host of splits and eps and on the evidence of Profane Doctrines Unburied, seems to be reaching maximum velocity. Having said that, Decrepitaph are not your standard 100 miles per hour death metal band with a hundred riffs per song. What these guys are is an unabashedly old school duo with a thick guitar tone and song writing sensibilities straight out of 90s death metal.

The album starts with a short intro and then proceeds to first song proper, Convulse in Eternal Agony. Just that song title should tell you everything you need to know and if you're thinking Autopsy, you're not far off the mark. The band specialise in slow heavy as fuck riffing which at any time could mutate into classic death metal riffing and something that most modern death metal bands have forgotten, the groove. Mortified Spirits is probably the most catchy song here and that slow eerie doom riff will get stuck in your head for days. Domain of the Occult is another mid paced monster and reminds me a fair bit of Acts of the Unspeakable. Desecrate Sacred Flesh is another monster with guitarist Sinworm again playing some very cool riffs and channeling the spirit of Incantation. This is an album that gets better as it progresses through its 50 minute playing time. Evangelical Evisceration is another raging death metal beast but its the instrumental Ghost of the Gallows which really stands out in the second half of this album.

While the slower parts are reminiscent of Autopsy, the faster death metal riffing is vaguely similar to classic Entombed and Dismember with maybe a bit of Incantation on the side. Calling the band a perfect mix of Autopsy and Entombed might sound simplistic but its also pretty accurate and that guitar sound is just perfect for this kind of death metal. Dirty, heavy as fuck and completely old school with no hint of the Gothenburg sound or anything remotely modern.

Sinworm and Elektrokutioner have crafted a fine death metal album here. Maybe it's one song too long but i cant find much to complain about. A definite step up from Beyond the Cursed Tombs which in itself was a killer album. Overall, if your tastes run to the extreme side of things then Profane Doctrines Unburied should be on your shopping list.
Posted by reeferjournal at 9:31 AM No comments:

Evil did not take part in this recording 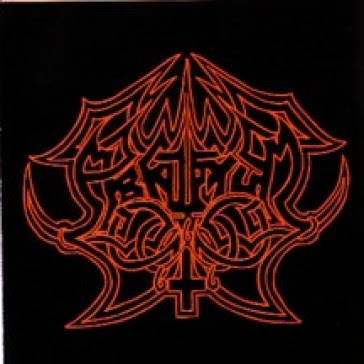 Abruptum was started in 1989 by IT(Tony Sarrka from Opthalamia) with a couple of other dudes. Along the way, IT met EVIL (Morgan Hakkanson from Marduk) and things began to fall in to place. Ve Sonus...., released in 1997 is the band's 4th release and also the most polarising of their work. The album is basically one long piece of dark ambient vaguely black metal music that lasts for a little over an hour. The music is like black metal deconstructed to the point where all that really remains is atmosphere. Ernymous, to whose label the band was initially signed called them "the aural essence of evil" and Ve Sonus... is just that.

Also, while EVIL had technically joined the band at this point, this album is all IT and EVIL did not actually take part in the recording. IT left the band and the black metl scene soon after thanks to his connections to the inner circle and threats to his life and family and EVIL resurrected the band 3 years later. However, it is Ve Sonus Veris Nigrae Malitiaes that is the one essential Abruptum album and something that was way ahead of it's time. Today, the album's influence can be heard in black metal, drone, dark ambient and funeral doom.

You will either love it or hate it. 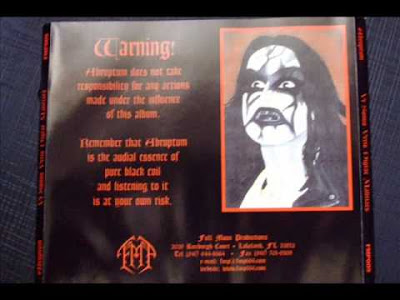 Check it out here
Posted by reeferjournal at 2:23 AM 1 comment: